LATINA LETTER FROM THE FRONT!

My sister and were raised by a single mother in Inglewood, CA. My mother worked full-time, so the majority of the time we spent with our grandmother. My sister and I never knew what it was like to starve or need something because my mother worked so hard.

Jessica shooting shot gun in the middle of the Pacific Ocean.
August, 2011.

Growing up my mother did not push me to always be the best or required me to get straight “A’s” in school, she just wanted me to do my best and enjoy school. Even though she never required me to do so, I always wanted to make her proud.

I did not know what I needed to be the best but I knew people who did, so I always followed those who excelled because I knew that that’s how I would learn and become successful.

While in middle school, I realized that the Navy was where I wanted to be, I liked the traditions, discipline and the commitment to serve the country, I would be able to see the world, meet new people, and be able to financially help my mother so I joined the Naval Junior Reserve Officer Training Core (NJROTC) program in high school.

My senior year I was accepted to the core of cadets at Virginia Military Institute, in Lexington, VA, but later disenrolled due to financial hardships. A few months after returning home I enlisted in the United States Navy and was sent to boot camp. After my graduation, I was sent to San Diego, CA where the Navy taught me to be a technician. From there, I went on to Yokosuka, Japan, where I worked on two ships for over five years.

Being in a predominately male technical job, I was always misjudged. Males always assumed that I could not do as much as they could or understand the technicalities of the job. Because of this presumption, as a junior Sailor I always had to work harder than the male counterparts to prove to them that I could do the same and most of the time it was even better. This obstacle motivated me to work very hard and after only eight years I advanced and reached the rank I am today, the rank of a Surface Sonar Technician Chief. The Navy has taught me many things about myself and everyday continues to develop me as a better leader. I do not think would be where I am today if it was not for my Hispanic heritage and all the Latina role models that have come before me, who taught me to be a strong, selfless and independent woman. I will continue to work hard to make a difference and continue representing all the Latinas in the Navy.

Want to comment or have any questions on this article? Email us at info@latinastyle.com 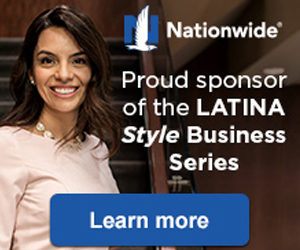 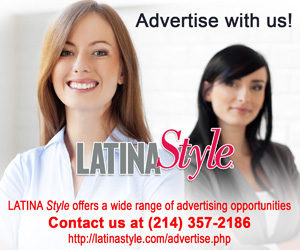